India west Indies bilateral series over the years have been played more in India . IPL has made it easy for international cricketers to play in India and also made Indians familiar with opponents. However this familiarity when tested in different conditions across the globe has a nullifying effect. Though India had played new Zealand players before in IPL , they  were outplayed   in world cup semis, thanks to the conditions which were not familiar to Indians throughout the series. India west Indies in Carribbean is a  different  story. India and West Indies start off from August 3rd for a month long engagement in all formats of the game. 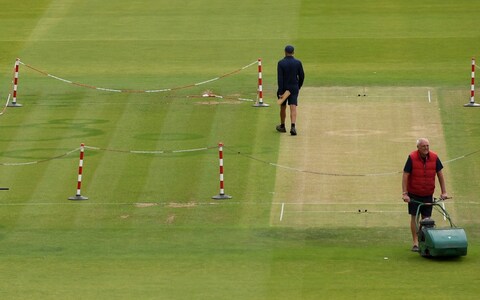 Typically wet Indian pitches are dry and hard, and with coastal conditions there is higher humidity. Pitches are not well maintained over the years and are slow as compared to other English kind of wickets. This is not good for quicks and medium Pacers but spinners can rejoice. Expecting swing and movement is less probable, but only if there is on shore winds and overcast weather. Due to instability in wind and clouds formation in coastal weather phenomena we can expect Chennai kind of wickets in West Indies which are favorable to Indian spinners. Hence they have called back naraine and Pollard who have good experience from IPL.

THE MOST DIFFICULT FORMAT Test cricket requires good analysis of the game. India can include bumrah as a frontline bowler along with shami who can move the ball , so he will be handy when second new ball is introduced. One who can hit the deck is Umesh but ishanth has been promising, so mix of the two based on right conditions are necessary. If there are likely cracks on 3rd or 4th day, I would go with ishanth for his advantage in bounce which can be complemented with the cracks , else Umesh can do it with reverse swing , post 60 overs .

Spin would be great with old duo Ravi Ashwin and jaddu. They both provide good batting also as they can bat for long innings , Ashwin can also play second new ball with Rohit Sharma , who has got a call. Moreover Ashwin’s form in county cricket in England says it all , and he is a natural pick. Wrist spin of Kuldeep cannot be given a miss , if it is a sure shot turning pitch then virat should go with three spinners and two medium Pacers .

Now that MS Dhoni is not playing, Rishab Pant has all chance to prove himself. Hope they have a good tour against West Indies

The countdown is nearly over. India will take on Pakistan in arguably the biggest match of ICC Cricket World Cup 2019 on Sunday in Manchester. The hype surrounding the match has hit the roof. What makes the clashes between the Asian rivals special? Pakistan’s ever-impressive pace battery, India’s gifted batsmen, the cricket-crazy fans from both […]

As of May 24, four teams stand as clear favorites to reach the semifinals by finishing in the top four of the group stages. Along with their average futures market odds, they are as follows: England (+200 to win) England stands as the favorites to win this tournament, even though the nation’s best finish as a ICC World […]

All You Need to Know about World Cup 2019

The twelfth release of the Cricket World Cup commences in London on Thursday. Britain is facilitating the World Cup for the fourth time. The competition comes back to the United Kingdom following 20 years when Australia beat Pakistan in the 1999 last. Here is the thing that you have to think about the 2019 competition. […]