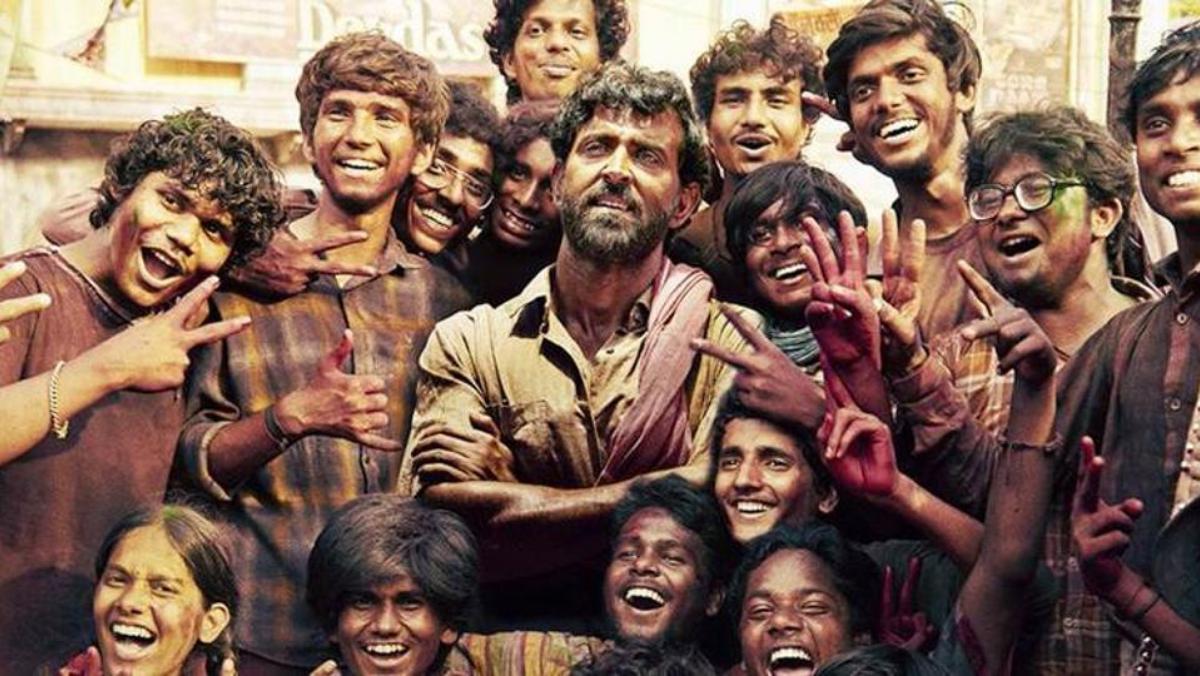 Super? Not much but yes, a great story. Super 30 is based on true story of Anand Kumar, the mathematician and educationist from Bihar who has helped poor students to clear the hardest IIT entrance exam. But the directors tried to insert more melodrama than the actual facts in the movie, just to gain more raise in stakes. Hrithik was portrayed as dark skin poor Indian, who does not looks like Anand kumar, but makes a great charming entry.

At first, we see him as young guy who has cleared the test of Cambridge University, but his family is not so rich to send him England for studies. There are many moments, where your heart will melt, like Anand convincing the minister for money, etc. After the struggle, Anand sets up his own free coaching class with 30 students and tries to fund his coaching to let his super 30 program go on.

The film is obviously dramatized a lot in bollywood style, ignoring few efforts of Anand in his life. Some good points are also there which are shown, like the analytical skills of Anand. The supporting cast of the film is terrific. Mrunal Thakur has some winning moments in the film, which she can be praised for without any doubt, Pankaj Tripathi also makes a good character as the corrupt minister, Virendra Saxena as Anand’s father and Aditya as lallan singh have not done a great job.

We can say that, the lead role of Hrithik Roshan, was the only strong base in the movie, which made it work in the market. The bihari tone, dark skin, gives Anand a look which he never had. Hrithik has given his best to the role as much as he could. The bad part of the whole movie is that, it has not given attention to the students, the audience could not know them well through the movie.

Super 30 has brought up a great story, but has put in it a lot of melodrama, which was not needed.

Bollywood is one of the major film industry in the world.  Every year the industry releases movies about 1000 movies that include movies from both major and minor production house. Movies are considered as a source of entertainment for the majority of Indians. From kids to the elders, everyone loves watching their favorite movie stars […]

Sandalwood star Kiccha Sudeep’s highly anticipated movie ‘Pailwan’ is slated for its release this month, although it is not yet confirmed. The team released Sudeep’s character poster that was well received by the audience. In the previous ‘Pailwan’ poster, Kiccha Sudeep featured alongside Akanksha Singh in a romantic pose which only increased the hype surrounding the film. ‘Pailwan’ […]

KGF Director, Prashanth Neel is in Search of Dedicated actors for his KGF-2

Friday morning in Malleswaram saw hundreds of people waiting on tree-lined streets for a chance to audition for the Yash-starrer ‘KGF: Chapter 2.’ Though auditions for the much-anticipated sequel to the 2018 blockbuster began at 8 am, actors and die-hard fans queued up as early as 6 am outside the GM Rejoys Hotel in Bengaluru […]